Austin dog trainer Stephen Haynes owns and operates Fidelio Dog Works. A dog lover since childhood, Steve started his professional career as an executive in computer software and hardware sales. After the “dot-com crash” he knew it was time to do something more fulfilling with his life. While playing with his dogs one sunny afternoon, he decided to make a career doing what he loved best.

Steve enrolled in a professional dog training school to perfect his talents. He opened Fidelio Dog Works after graduation. Now, Steve uses his corporate background and years of training expertise to help people with their dogs. He also donates his services to charity in his spare time. He aids drug rehab facilities, training their adopted dogs to serve as companions for recovering patients. He also assists animal rescue groups with behavioral problems they can’t resolve on their own, ensuring those dogs find good homes.

Steve lives in Austin with his wife, two daughters and Gwennie, a 10 year old welsh springer spaniel. He is also once again experiencing life with a new puppy in the house.

Dog training isn’t just a job for Steve – it’s his life’s work. More than anything, he wants every dog lover’s relationship with their four-legged friend to be as fun and fulfilling as his own. 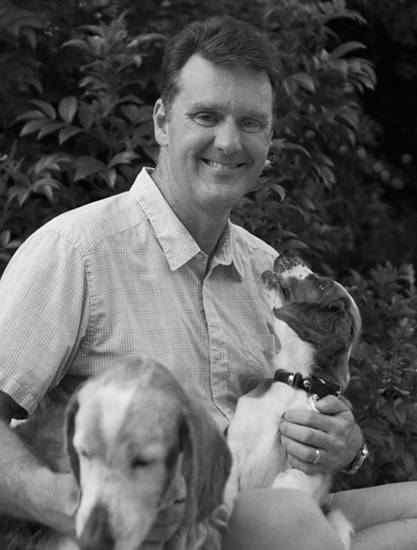